"I found my passion" 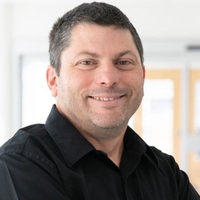 My HDI story started in 2017 when I was looking for a network that I could talk to around Help Desk and Desktop Support. I have been managing these groups for decades but felt the need to collaborate to find out how others did what we were doing. I tried starting up a LinkedIn group for Desktop & Client Services Support but really had no experience nor time to spin something up to the level I really needed. So I searched on and came across this organization called HDI. It was this big network of people doing exactly what we were doing and low and behold they had something called a local chapter in my area.

Being a bit of an introvert I was hesitant to attend but found out there were other people I worked with that were members of this HDI Steel City Local Chapter. I had made a new year’s resolution to start expanding my network outside of my university. So I attended my first local chapter meeting in January 2017. I met the most wonderful people right in my own town.

A few months later I joined the board of this local chapter as a co-VP of Programs. I had no idea what I was doing but the officers promised me this would be a professional development opportunity. And they were absolutely right. Not only did I decide to jump in at my chapter but I got involved on the national level as well helping to plan conferences and other events.

But if only that was where the story ended! I have been searching for what I want to be when I grow up for 30 years. It was not until I met the most amazing, friendly, and encouraging people at HDI that I found my passion. With the encouragement and support of so many people I now call friends I presented at my first conference in April 2019. In less than 1 year I have presented at 4 different chapters and three conferences. Who would have known sharing my knowledge and passion would be a dream I could follow. Thank you so much HDI and the local chapter community!